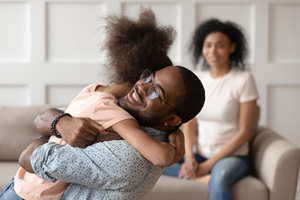 Child custody may be modified in certain situations. When parents initially have joint custody and the co-parenting relationship has broken down, either parent may return to court and request that a judge makes a determination of which parent should have sole custody. To modify a determination of sole custody, a parent must prove that there has been a substantial change in circumstances as to a parent’s ability to parent. Further, the change of custody must be in the children’s best interests. This is when you will need an experienced Portland child custody modification attorney.

As a general rule, judges do not like to change custody of a child once it has already been decided. Changing custody can be disruptive to the child and is often perceived to not be in the child’s best interest. Further, unlike when custody is first decided, there is a higher burden to change custody once it has already been determined. Nonetheless, there are certainly legitimate circumstances under which courts can and will modify child custody. Some examples where a change of custody might be appropriate include:

This is by no means an exhaustive list, but are examples of the types of circumstances that might constitute a “substantial change in circumstance.” Custody modification cases are very challenging. A Portland child custody modification attorney can help guide you through the process. Call us today to discuss the facts of your case.

We meet with all potential clients in person for the first consultation. This allows us to meet potential clients and hear the background of each case, to determine if your case is a good fit for our office, and to provide information about a client’s rights and responsibilities under Oregon law. We offer this initial consultation for a flat fee.

When starting the process for finding a lawyer, potential clients often ask “who is the best child custody lawyer in Oregon” or the “who is the best lawyer to change child custody in Portland?” The answer is the lawyer who gets the results you need. Like the rest of family law, there is no one-size-fits-all when it comes to selecting a family law attorney. The best attorney for you is the one who listens to your circumstances, provides solid legal advice, and facilitates and achieves your goals. Contact one of our Portland child custody modification attorneys today to set up a consultation.

Many changes will happen throughout a family’s life together. And there are times when these life changes will require that one parent seek a modification to the existing child custody arrangements.

Once sole custody is awarded to one parent, it can be difficult to modify it. But when life circumstances have changed for parents that are affecting the welfare of the child, the court may choose to modify the custodial designation.

Under What Circumstances Will the Court Modify a Custody Arrangement in Oregon?

The court will only modify custody if the change is found to be in the child’s best interests, which is the criteria that the court holds most important. But there are times when joint custody has broken down, the custodial arrangement is no longer working, or the custodial parent must relocate which may necessitate a custody modification.

The court will require that the parent seeking modification offer evidence that a substantial and unanticipated change has occurred since the prior custody award and that the change impacts a parent’s ability to make good decisions for the children. If the court has found that a valid change has occurred, they will consider a modification if they deem it in the child’s best interests.

Some of these include but are not limited to:

Financial hardship or job loss is not typically a cause for child custody modification. If circumstances become extreme and the child suffers the consequences, such as houselessness, hunger, or lack of medical care, the court will consider the modification.

If you are considering a custody modification, the experienced Portland child custody modification attorneys at Jill Brittle Family Law Group will look at the facts surrounding your case and offer you legal options. Contact us to schedule a consultation.