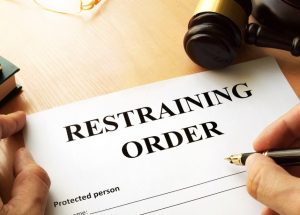 What’s the difference between a Temporary Protective Order of Restraint (TPOR) and a Status Quo Order (SQO)? Do I need one and if so which one?

Certain issues regarding custody may need to be addressed during the dissolution of a domestic partnership, divorce or custody proceeding that cannot wait until the case is finalized. In some situations, it may be necessary to address custody issues on a temporary basis while the case progresses.

A TPOR is an Order signed by the Court that limits a parent’s ability to remove the children from the state. It also preserves the current state of affairs with regard to children, maintaining their current residence and daily activities. It is intended to maintain stability for the children in the very early stages of the litigation. A TPOR is obtained before a judgment is entered and you may obtain such an Order “ex parte”, that is, without first notifying or consulting with the other side. This kind of Order will fix the children’s residence and daily schedule at what you claim it has been for at least three months prior to filing for the Order. The other side then has the right to request a hearing if they disagree with what you have identified as the children’s residence and daily schedule. If that happens and a hearing is scheduled, the court will limit its inquiry to what the residential and daily schedule has been for the children during that time period. It is not the time for the court to look beyond that to the larger concerns of what is in the children’s best interests. That comes later.

The primary differences between a TPOR and a Status Quo Order are (1) a TPOR can be obtained without prior notice to the other side while a Status Quo Order requires prior notice and opportunity to be heard; and (2) a TPOR is entered prior to a judgment in the case while a Status Quo Order is entered after a judgment in the case. That makes the enforceability of each quite different. If one parent is withholding a child and refusing to return the child to the other parent, a Writ of Assistance can be obtained to have the sheriff or other law enforcement assist in the return of the child. The Writ of Assistance, however, requires an existing judgment or order definitively awarding custody and parenting time. A Writ of Assistance is how the court uses the sheriff to enforce its own orders. Because the TPOR is an order entered prior to a judgment, obtaining a Writ of Assistance on a TPOR is difficult and law enforcement will likely not execute it.

Contact one of our experienced family law attorneys to set up a consultation and determine your next best steps for your situation.