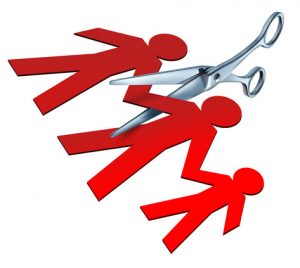 Statistically we know that the majority of divorces are resolved outside of the courtroom. For divorcing parents, the settlement often includes a designation of “joint custody” related to the parties’ minor children. In Oregon, “custody” refers to decision-making authority on three key issues: education, non-emergency medical care, and religious training. It does not refer to the parenting plan, which is the scheduled time each parent has with a child. Parents may have “joint custody” but a 70/30 parenting time split, or any other number of parenting arrangements. Instead, an agreement of joint custody means the parents are committed to making those major decisions together and reaching consensus before moving forward with any such changes in the children’s lives.

In some cases the joint custody arrangement works initially, but then breaks down. Conflicts arise and one or both parents decide that they can no longer successfully make joint decisions together. Here are three common reasons why joint custody may break down:

One parent believes it is in the children’s best interests to change schools, but the other parent disagrees. With joint custody, either parent may enroll a child in any school. This can lead to confusion and conflict, particularly if the change impacts the second parent’s ability to be involved at the school or easily transport the child during his/her parenting time.

One parent wants to authorize non-emergency medical care treatment, such as elective surgery, prescription medication, or mental health treatment. The other parent may be opposed to giving medication to a child, or want a second opinion, or have concerns about any risks or side effects involved. Parents might disagree on how best to address mental health concerns or the level of each parent’s involvement in such treatment.

One parent may have a fundamental change in religious beliefs, either developing such beliefs post-divorce, or abandoning beliefs that were previously jointly held. This may lead to conflict about exposure to specific rituals, whether to begin/end religious training, or how to celebrate certain religious or age-related milestones.

When parents cannot resolve these types of disagreements between them, one parent may ask the court to modify joint custody. After such a request, a court may not continue joint custody against one party’s wishes. The court must award sole legal custody to one of the parents. When doing so, the court looks to a series of statutory factors with an overall mandate of acting in the best interests of the child. At the conclusion of the modification, one parent will be able to make decisions on behalf of the children.

Does this mean that parents should not agree to joint custody initially? No! Children benefit emotionally when they witness their parents working together on the important issues in a child’s life. Even after legal custody is awarded to one parent or the other, parents can and should still confer with one another before making major decisions.

However, before making any agreements regarding legal custody of your children, contact one of our experienced custody attorneys for advice about the specifics in your case.