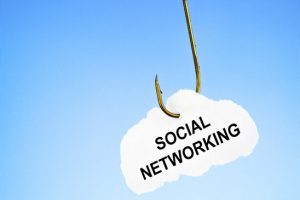 It’s an all too common scenario. During a divorce or child custody, or modification case, a parent takes to social media to vent their frustrations and rally the troops. Well-meaning friends and family may encourage the exchange, resulting in piling on and public trash-talking of the spouse, lawyers, or even the judge involved with the case. Meanwhile, even though the parent may have their settings set to “private”, or “friends only”, a friend-of-a-friend-of-a-friend sees the exchange and captures it, sending it to the target of the discussion. Then it gets forwarded to lawyers. And made into an exhibit. And asked about in depositions. Suddenly, what seemed like private blowing off of steam becomes very public and potentially very damaging to your case.

It’s true that you have the right to vent to friends in family. However, private frustrations should be kept private. Social media, no matter the settings you maintain, is inherently a public forum. The more people you choose to share your grievances with online, the more likely those statements will make their way back to somebody adverse to you who will attempt to use them against you. Each person you share a post with increases the risk of social media during divorce or other family law matter. Worse yet, all of this material can be requested during the discovery process.

Consider the example where Mother and Father are engaged in an ongoing custody dispute over their teenage son. Father, for example, takes to Facebook to complain about all of the allegedly bad things that Mother has done as a parent, which subsequently becomes viewable by Son. Does this matter? Absolutely. Oregon law requires that a judge consider “[t]he willingness and ability of each parent to facilitate and encourage a close and continuing relationship between the other parent and the child.” ORS 107.137(1)(f) – Factors considered in determining custody of child. Writing what is ostensibly just venting in a location where it can be seen by Son may be interpreted to be an attempt to damage the Mother / Son relationship. It could weigh against Father in court.

Consider another example whereby Wife, during a divorce, posts online to her friends about having moved in with her new boyfriend. Husband sees and captures the post through a friend who is still “friends” with Wife online (thereby able to view the posting). Wife subsequently represents to the court that she is in need of a specific level of spousal support because she must carry the burden of her rent and utilities by herself. Husband then produces the post by Wife which directly contradicts Wife’s testimony, not only discrediting Wife but revealing her as willing to perjure herself. When credibility is lost with the court, it is nearly impossible to regain it.

The number of real-life examples demonstrating the risk of social media during a divorce or family law case are simply too voluminous and varied to list. Social media is a powerful tool under even normal circumstances. When under a microscope during the course of a divorce, custody dispute, or other family law matter, social media can be downright dangerous to your case.

As a general rule, it is a good idea to assume – regardless of your settings – that everything you post might come before a judge at some point. Do you want the judge to see a picture of you passed out in bar dated two weeks before trial? How about the rant whereby you call the judge a moron? Of course not. The best practice is to simply not discuss your case publicly at all. If you are a frequent user of social media, use common sense and keep the subject matter away from your case. Even seemingly innocent discussions of your case may appear worse when presented to a judge out of the original context.

If you are wary of the content that you are putting out into the world, you stand a much better chance of not having your own online posts used against you. Remember, you will never get tripped up by the posts you never make. If you have made poor choices in your past posts, be sure to discuss them with your Oregon divorce lawyer as soon as possible so that they can be prepared to address them and are not surprised at trial.