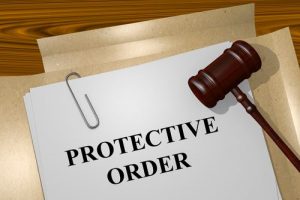 The statutes regarding a FAPA restraining order are found at ORS 107.700 to 107.735. To meet the qualifying criteria for such a restraining order, the Petitioner must prove, by a preponderance of the evidence, that:

the Respondent abused the Petitioner within 2 years preceding the filing of the petition (it is important to note that the time period was just recently expanded from 180 days to 2 years for this prong of the test);
the Respondent presents an imminent danger of further abuse to Petitioner; and
(3) the Respondent represents a credible threat to the physical safety of the Petitioner.

Preponderance of the evidence is one type of evidentiary standard used in a burden of proof analysis. Under the preponderance standard, the burden of proof is met when the party with the burden convinces the fact finder that there is a greater than 50% chance that the claim is true. The definitions of other terms, abuse, imminent danger, and so on, are defined in part in the FAPA statute itself and further clarified in appellate case law.

A preliminary, or temporary, FAPA restraining order may be issued by the court on the allegations of only the Petitioner and without a full hearing. However, if requested, the Respondent has the right to a hearing within a short time after the preliminary order is issued. It is at that hearing that a Petitioner must meet the standard of proof and each part of the 3-part test.

Recent appellate case law has developed that once parties have separated, either voluntarily or because of a preliminary FAPA restraining order, the past history of abuse may, at least in some circumstances, not be enough to establish that the Petitioner is still in imminent danger of being abused (the 2nd prong of the test). The courts have recently stated that there may be significance in the parties’ separation which has changed the nature of an otherwise volatile relationship. Petitioner’s reliance solely on historical conduct would therefore be a mistake.

The analysis is complicated and meeting the burden at a final hearing requires specific evidence. Contact one of our experienced family law attorneys to set up a consultation and determine your next best steps for your situation.