Five Costly Mistakes That Can Harm A Custody Case 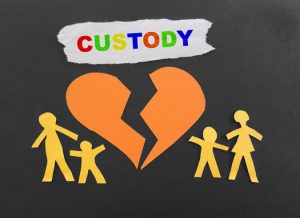 There is perhaps no more emotional type of litigation than those involving your children. Disagreements between parents over the health, education, or religious upbringing can lead to fearsome custody battles between well-meaning parents. However, these same strong opinions and supercharged emotions can sometimes lead to poor decisions that can ultimately harm a custody case. These circumstances usually arise in Oregon divorces or Oregon custody modification cases.

In Oregon, the courts are legally bound to look at factors set out by statute (See ORS 107.137): These factors include:

(a) The emotional ties between the child and other family members;
(b) The interest of the parties in and attitude toward the child;
(c) The desirability of continuing an existing relationship;
(d) The abuse of one parent by the other;
(e) The preference for the primary caregiver of the child, if the caregiver is deemed fit by the court; and
(f) The willingness and ability of each parent to facilitate and encourage a close and continuing relationship between the other parent and the child. However, the court may not consider such willingness and ability if one parent shows that the other parent has sexually assaulted or engaged in a pattern of behavior of abuse against the parent or a child and that a continuing relationship with the other parent will endanger the health or safety of either parent or the child.

Placed in this context, people often make emotional decisions or mistakes that can harm a custody case. While the list certainly can be longer, the most common issues that lawyers encounter are as follows:

Abruptly changing the child’s schedule. Judges generally try to limit the amount of disruption a child experiences in any kind of family law setting. This is particularly true when a child is thriving in the existing environment. As a result, it can be viewed poorly by the court if one parent decides to unilaterally make a decision in the context of a custody case that changes the child’s otherwise successful environment. Remember, the court is tasked with acting in the best interest of the child. If one parent is making dramatic decisions without the consent of the other parent, this can be seen as detrimental to the child. As a general rule, major schedule changes should not be made until the conclusion of a custody dispute unless the parents are in agreement. Doing so can harm a custody case.

Isolating the child from the other parent. It is an unfortunate and common scenario: Parent #1 and Parent #2 have generally raised their child together. Parent #1 sees a custody dispute looming and decides to “cut out” Parent #2’s parenting time, thereby isolating the child from Parent #2. Even if Parent #1 has historically been the primary caregiver of the child, the court will look at both parents’ respective abilities to foster the child’s relationship with the other parent. Remember, this is required by Oregon law. ORS 107.137(1)(f). While Parent #1 may have otherwise had a strong custody position, the action of isolating the child could shift the preference to Parent #2. As a general rule, purposefully keeping a child from another parent is not a good decision.

“Badmouthing” or attempting to poison the child’s relationship with their other parent. Just as it is generally a bad idea to purposefully keep a child from another parent, it is always a bad idea to tell the child negative things about the other parent. No matter how much you may dislike the child’s other parent, they are a parent forever. Under the law, both parents retain parental rights and will probably remain as a part of the child’s life through adulthood. As a result, judges frown upon parents who purposefully try to poison a parent/child relationship. It places the child in an unfair position, where they are forced to deal with competing parents and take emotional “sides.” Emotional estrangement from a parent also has a negative long-term impact on a child’s overall well-being.

Attempting to move the child a great distance without the consent of the other parent. Generally speaking, absent a court order or some other agreement to the contrary, there is nothing keeping one parent from packing up and moving out of state with the child and leaving the other parent behind. That said, it’s a mistake that could dramatically harm a custody case. Remember, the judge wants to see that a custodial parent can foster the child’s relationship with their other parent. Moving the child away from that parent is effectively stripping the non-moving parent’s parental rights from them, and could dramatically damage their relationship with the child. Skype and telephone calls to a child are a poor substitute for in-person contact. Further, taking such action almost never succeeds; the moving parent is likely to be pulled back to court in the county from which they just moved. While there may be great reasons for the move, you are always going to be in better shape if the move is done with court approval.

Exposure to safety issues. It’s never a good idea to place your child in unsafe situations, and a custody dispute is no exception. Exposing a child to illegal drugs, unsafe people, or irresponsible alcohol use can all harm a custody case. Keep in mind that custody cases often place every aspect of your life under a microscope and can create stressful circumstances where otherwise-great parents make poor decisions. A custody case is not the time to start or continue poor habits.

Custody cases are complex and you should always consult with a qualified Portland child custody lawyer before making any big decisions involving your child. This list is just the most commonly encounted mistakes that we as attorneys encounter, and is by no means exhaustive.