The Changing Language of Family Law: Custody vs Parental Responsibility 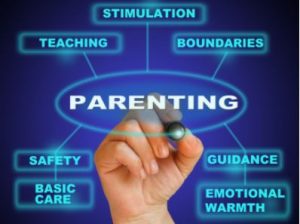 Much of the terminology in the divorce arena is derived from the language of incarceration and conflict. Courts use words like “custody” to describe which parent has decision-making authority for children, rather than “parental responsibility.” Courts also use “visitation” to describe contact between a parent and a child, rather than “parenting time.” The former terms evoke a sense of control or restriction, either over a child or over a parent’s access to a child. We see the negative impact of this language most clearly when parents are “fighting for custody” of their children. Even when one parent has clearly taken the primary role throughout the children’s lives, the idea that the other parent will “lose custody” provokes a battle where one should not have been fought. Parents take “battle” positions to convince a judge to rule in their favor. In short, the word “custody” itself often takes on more significance than the legal description warrants.

In recent years, the legal community has begun to realize what psychologists have known for a long time — words matter. Practitioners across the country have begun to look for less loaded terms to describe parental relationships. For example, last year in Illinois, the legislature replaced “custody” with “allocation of parental responsibilities” throughout their statute. They also followed Oregon in replacing “visitation” with “parenting time.” These changes remove the emphasis on fighting and turn the focus to the restructuring of the family unit. Not only does this more positive approach take the sting out of “losing custody,” but it also allows the court to decide which parent is best suited to handle specific needs for the children. For example, if one parent has always acted as the point-person for education decisions, it makes sense to allocate that decision-making authority to him/her. However, the other parent may be better suited to handle the children’s medical care or religious care. This approach allows a more case-specific approach to decision-making for children.

While the change from “custody” to “allocation of parental responsibility” has not yet occurred in Oregon, the topic was raised for the first time at the annual Oregon State Bar’s family law section conference in October. With interest growing within the legal community, we may see a change to our own statutes down the road that will benefit our local families.

Contact us to schedule a discounted consultation with an experienced Oregon Divorce Lawyer and determine the best steps for your circumstance, whether that is establishing custody or preparing a parenting plan.