Can I move to another state with my child? 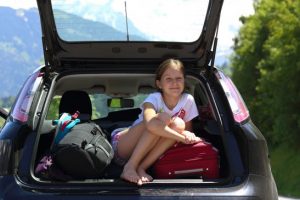 A common question from post-divorce parents is “Can I move to another state with my child” or “Can I stop my ex-spouse from moving to another state with my child.” The law surrounding relocation of a child (often called “move away” cases) is complex and fact-specific. Historically, the court has focused on the “best interests” of the child, rather than the desires of a parent. The court must carefully weigh the benefits to the child from the relocation, with the possible damage to the relationship the child has with the parent being left behind.

The Oregon Court of Appeals recently addressed this balance in Kness and Kness. In that case, the main dispute was whether Mother’s relocation from Klamath Falls to Medford would diminish contact with the father and extended family to such a level that the relocation should be denied. In Kness, the parties divorced when their child was three years old. Two years later, Mother remarried and her new husband found work approximately 75 miles away. Mother notified Father and the court that she intended to relocate to Medford. The parties engaged Dr. Charlene Sabin to perform a custody evaluation, the result of which was a recommendation that the move be allowed and that Mother be awarded sole legal custody, but subject to an increase in Father’s parenting time particularly during school holidays.

What this case demonstrates is the fact-specific nature of move-away cases. It also is a good example of the importance of establishing a parent’s role as “primary caregiver,” from an early age. For any “move away” case, facts are critical. Our attorneys will discuss your existing parenting plan, historical facts about your relationship, the location of the move, the reasons for the move, plans for the child during and after the move, along with many other questions. Whether you are attempting to keep your child’s parent from moving the child out of their current locale, or if you are the one attempting to move, we can assist.

Contact one of our Portland family law attorneys and divorce lawyers specializing in relocation today to set up a consultation.